So my last post (before the photo challenge) was about Prairie Dogs.  I mentioned that they were wary of the circling hawks above.  There were actually 3 hawks making “the rounds” of the prairie dog colony.  We watched them for about 15 minutes as they watched “the dogs”.  There was only one time during that period where one of the hawks actually took a dive on the colony and looked like it was attacking – fortunately (for the dogs) it did not find its target – unfortunately (for me) I did not capture the low level pass (drat!!).  The best I could do was get this photo of a semi-low pass of one of the red tails overhead.

The red tailed hawks were very evident throughout the mountains and prairies of New Mexico.  There were areas where they were literally on every telephone pole.  Of the stationary pics that I took of these attractive raptors, this is my favorite from this trip…. 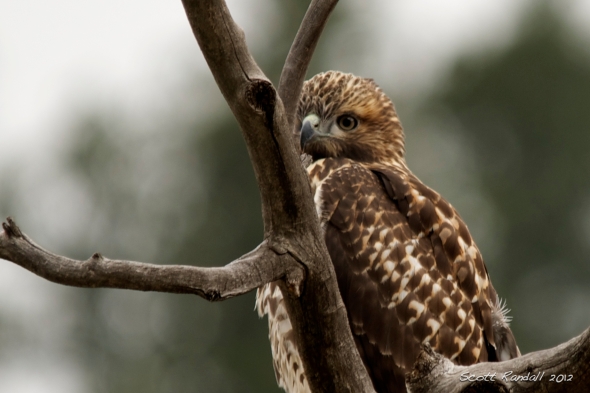