We woke up like many to learn the news of the earthquake in Nepal.  It is a terrible tragedy to a beautiful place and its wonderful people.  We were there for a short time a few years ago and got to briefly experience the city of Katmandu and the warmth of the people there.  Our thoughts and prayers go out to Nepal.

As someone who takes many photos of wildlife in“Motion.” I am always looking the right approach to catching that feeling.  One of the primary ways of doing that is to  try and freeze important parts of the scene while letting the motion blur other parts of the scene.  This photo was taken at the Bosque Del Apache last year – two snow geese coming in for a landing.  It was early morning so I was using a slow shutter speed and panning the camera with the geese.  I was trying to capture the bodies of the geese in focus while the background and the wings of the geese were blurred by the motion. 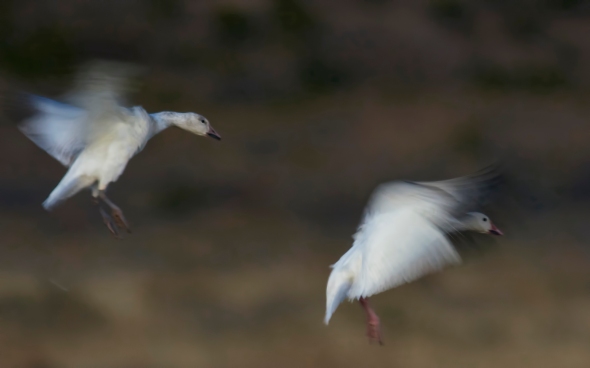 Monkey Kingdom – Stars of the movie

We went to see the new Disney movie “Monkey Kingdom” yesterday – a typically impressive piece of movie making with spectacular nature photography used to tell a story of a troupe of macaque monkeys in Sri Lanka.  We haven’t been to Sri Lanka but the scenery, the towns and the wildlife all reminded us of our trip to India a few years ago.  I thought I’d post this photo of a slightly different species of macaques in honor of this movie.  These two little monkeys were sitting in a tree just outside the entrance to Bardia National Park in Nepal.  The sun was just reaching them and kind of lit up their big expressive eyes. 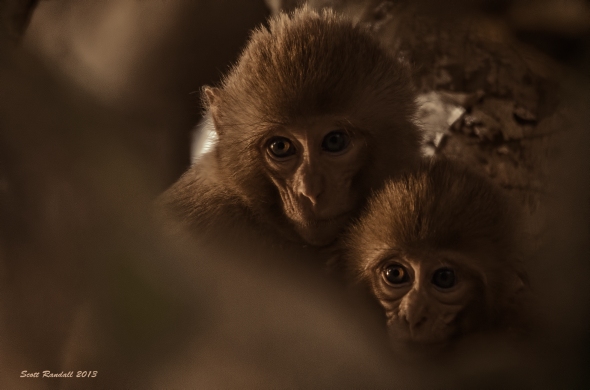 As an aside, I’d like to invite you to visit my new photo galleries on my smug mug gallery site – the link is http://scottseyephotos.smugmug.com.  I’m still adding to the galleries from my library of images but there’s plenty there to look through already.  Hope you enjoy!

I’ve posted a few photos from our 2013 trip to Alaska but haven’t used my first picture taken at dawn at Silver Salmon Creek.  I think this fits the theme  “Early Bird” perfectly.  The sun was just coming up across the inlet with the sky and mountains on the other side showing their colors.  The Bear that was out on the tidal flats was still just a silhouette but I love the mood of this photo.  Every time I look at this one, it brings me back to that early, but perfect, morning.

I had lots of options from our recent trip to Australia and New Zealand for this challenge, “Afloat.”  We spent a lot of time under the water as well as floating above – on a cruise ship, aboard a dive boat, and even on a small zodiac.  What I ended up choosing was a photo of a school of Dolphins that we saw in the Bay of Islands, New Zealand.  I took this photo looking back into the sun so many of the details were “blown out” by the glare.  I took out even more water detail when I processed the photo and ended up with this version which I think looks like the dolphins are “afloat” in the air instead of their normal watery environment. 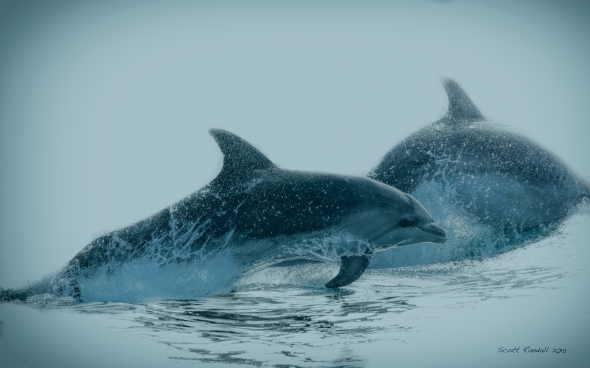 Here’s my response to this week’s challenge “Blur.”  Photographers frequently use a narrow depth of field to isolate the subject from the surroundings.  Its a great technique unless you happen to get the focus point just slightly wrong and catch perfect focus on another portion of the photo while the subject is just a shadow.  This is one of my favorite examples of that happening.  I was trying to take a photo of a tufted puffin in Alaska who was taking off directly away from the boat we were in.  The puffin was my intended focal point but I missed and got some of the “spray” from his hopping take-off instead.  I still like the photo as it catches the action as well as a crystal clear image of where the puffin used to be….. 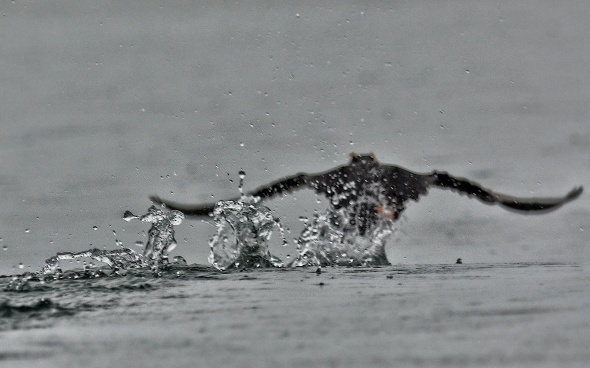