In looking at the news for the last two days, it struck me that the terrible attack in NYC happened in a place that we had visited a few years ago.  This is a photo I took on a walk from the World Trade Center back to our hotel.  This view looks back toward the Trade Center and you can see the overpass near where the terrorist rampage ended.  It is hard to imagine that such a beautiful and peaceful place can be instantly transformed into a place of fear and terror by a single deranged individual.  Our hearts go out to the victims of such a mindless crime and to the people of New York who have once again had to endure such cruelty and insanity.  May the peace and beauty of this incredible place return quickly. 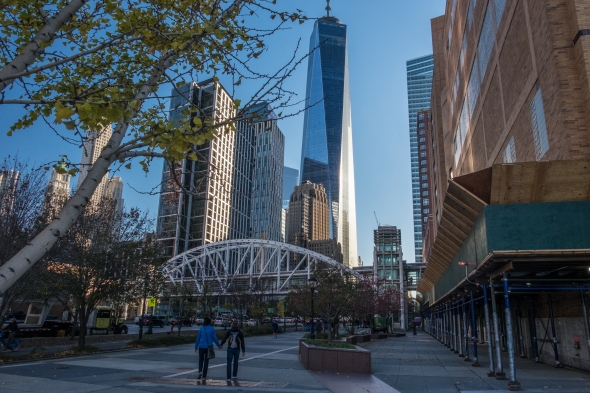 I’ll stick with the idea of autumn as a transition as we just got back from NYC and happen to have a few photos of the fall color.  We don’t really get much of seasonal changes here in San Diego.  Even though the temperatures will change, the range always stays pretty comfortable.  We spent a week in NYC and it ranged from the 60’s all the way into the 30’s which is frigid to us SOCAL folks.  We really enjoyed the chill in the air as we wandered all over the city and went to a number of Broadway plays.  One of my favorite city places is always Central Park and at this time of year the leaves are changing and the whole park is lit with brilliant yellows, oranges and red.  I took this photo early on one of those crystal clear mornings that provided lots of color and contrasting shadows for everyone to enjoy…… 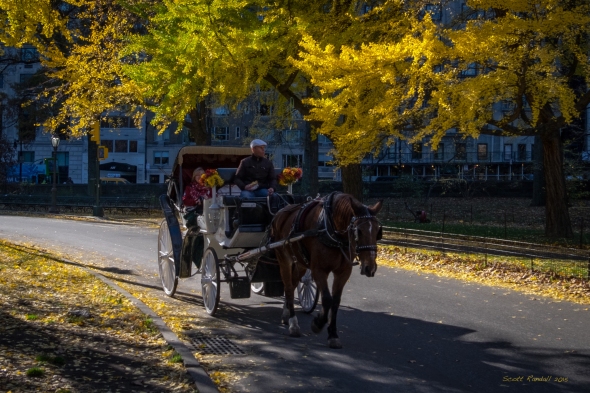 Here’s my entry for the week – taken in December of last year in New York City at about 6 in the morning.  I really enjoyed my quiet, and cold walk along the East River and watching the city come alive. 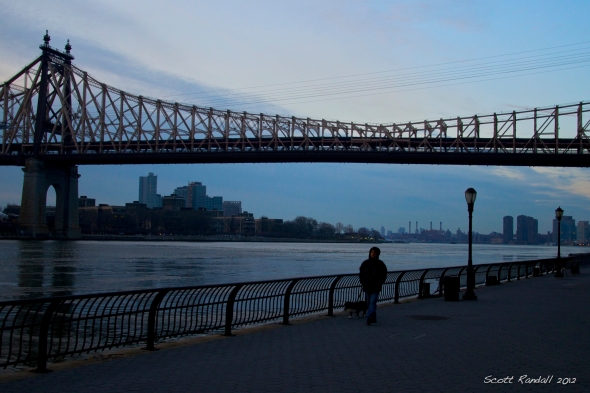 Another couple of NYC shots 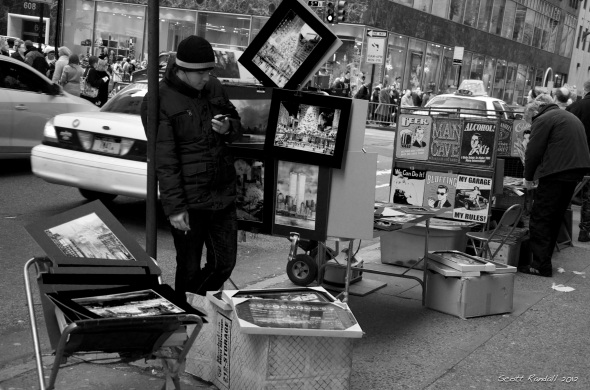 New York is one of the best people watching places on earth.  Ordinary scenes of people doing everyday things just seem to pop out at you.  Here’s two I decided looked better in B&W for some reason.  Both taken on a walk around the city prior to going to a show on Broadway. 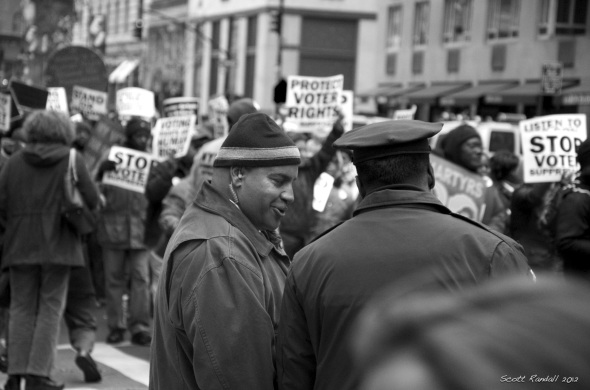 It seems like a long time since we left NYC after our trip to Africa and I haven’t posted any photos yet!  Any of you who have visited here before must recognize that I am partial to wildlife photos – and one of my first New York photos was indeed wildlife!  After flying for 16 hours non-stop from Johannesburg to New York, you’d think that I would sleep like a baby on the first night there.   That didn’t happen and I woke up at about 4:30 am and couldn’t get back to sleep so I decided to go for a walk down along the east river.  A long story short – I ended up at daybreak down by the Queensborough (59th St) bridge.  There weren’t many people out yet but there were a few of these….. 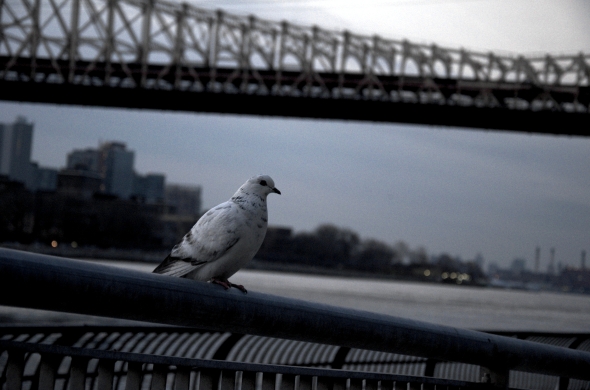 What are YOU doing up???

I apologize for another quick post but I remembered that I might have another, more recent reflection self portrait.  This was my first attempt at photographing the Christmas window at Bergdorf Goodman in New York City last week.  Its interesting, at least to me, that I showed up in the dark shade of the photographer’s hood in the window scene.  Yep – that’s me in the pink baseball hat – just above my watermark.  Sorry for the second post…. 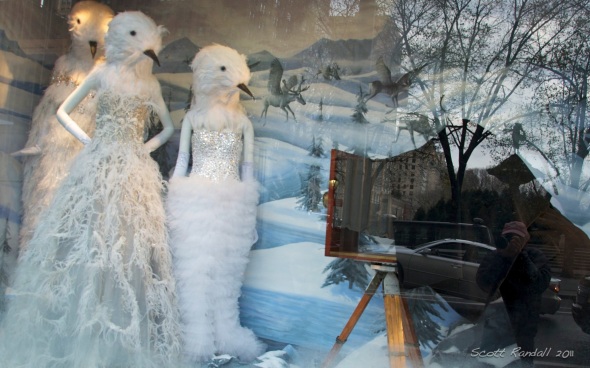 Another Reflection Picture? Get a new idea!