In response to The Daily Post’s writing prompt: “Close Up”, I decided to go back to a close encounter from Africa.  This little cat (full grown female Cheetah) is staring down at us through the top window of our safari vehicle.  I had my smallest lens on and it was still almost too close to focus.  She was a perfect companion and made no threatening gestures at all as she spent about 10 minutes on our roof surveying the countryside for prey…… 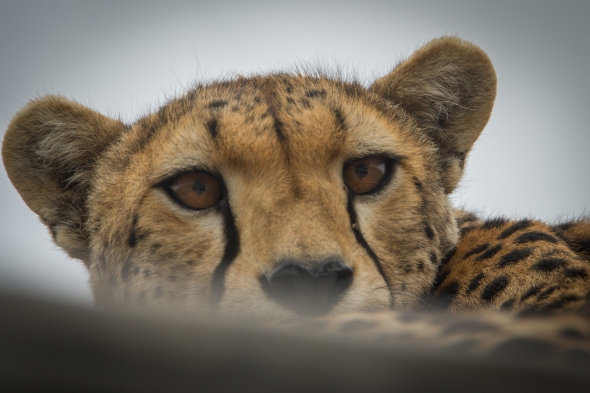 Weekly Photo Challenge: Half and Half

Here’s my entry to this week’s challenge “Half and Half.”  I took this photo last week at the San Diego Zoo.  I was there late in the afternoon hoping to get a photo of a young jaguar cub with some dramatic lighting and shadows.  The photo that I liked was one in which the cub is partially in the sun with the background in shadows.  It turned out that there is close to equal parts light and dark – half and half kitty…… 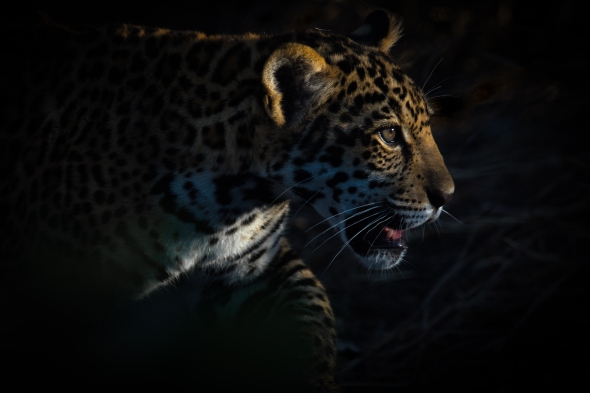 half light or half dark?

I’m a little late in getting my challenge response in this week to “Symbol”.  I chose the well known national animal and icon for Australia – the Kangaroo.  When we went there, one of my first goals was to find a kangaroo that I could photograph.  This “Roo” was near the town of Cairns, one of the gateways to the Great Barrier Reef.  I actually took this photo in someone’s back yard as this mom and offspring were grazing.  One glance at this iconic creature and you already know what country you’re in – a symbol through and through….. 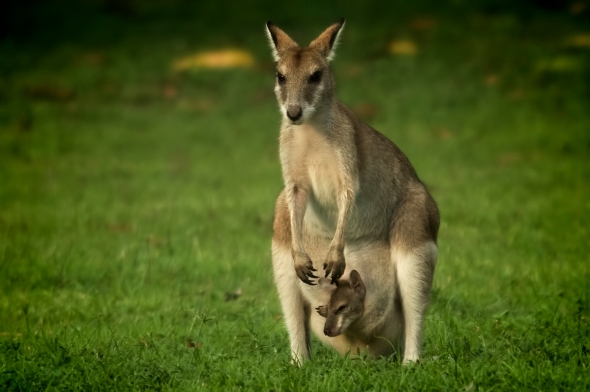 Yesterday, we had what might be considered an ideal fourth of July.  Up at the crack of dawn to walk the dogs, then off to the golf course with our neighbors and best friends.  After a delightful but badly played round, we stopped at a local restaurant to have a late breakfast and chill for a bit.  We were served by a cheerful and friendly waiter of hispanic descent.  When we asked what he was doing later to celebrate the 4th, he matter of factly told us he was going to his second job before returning to his family in the late evening.  We left the restaurant feeling how lucky we were but also cheered by this man’s heart.  After a visit with the dogs, we went to see the creative and thought provoking animated film “Inside Out” about how your mind works and the joys and tribulations of youth – if you haven’t seen it, I would certainly recommend it!  We decided to walk to downtown San Diego for the fireworks display since we hadn’t done that in many years.  After a quick stop at an Argentinian restaurant with good food and a wonderful solo guitar player, we continued to the waterfront.  There we joined thousands of fellow celebrators from every race, nationality, and background to enjoy our national independence holiday ritual.  We ended up talking to a nice young oriental couple who were also there to take some fireworks photos.  We then enjoyed the walk back home with a cheerful crowd and an end to a very nice day!

This entire day was a great reminder of what is best in America.  We have all come from somewhere, in pursuit of the same dreams and aspirations, and just wanting that illusive “dream”.  It was a great reminder that in this country of immigrants, people like Donald Trump have gotten it woefully and shamefully wrong. 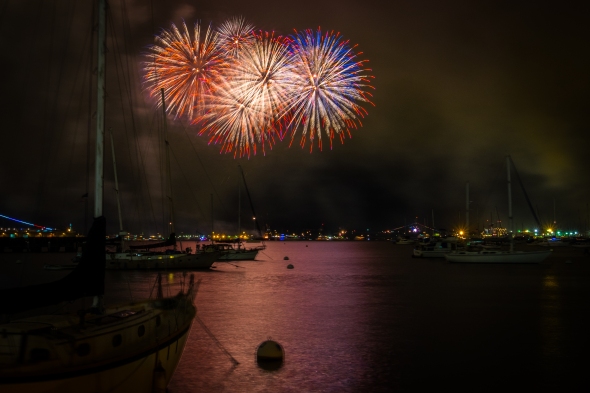 Happy Fourth to Everyone!

For today’s challenge, “Door”, I’ll take you to the streets of Melbourne, Australia.  There is an area in downtown Melbourne where the street artists are allowed to exercise their talents and paint the walls of the streets and alleyways .  It is a beautiful collection of work, some funny, some with a message, others just attractive and interesting.  Here is a scene from one of those back streets with some of the art surrounding a door….. 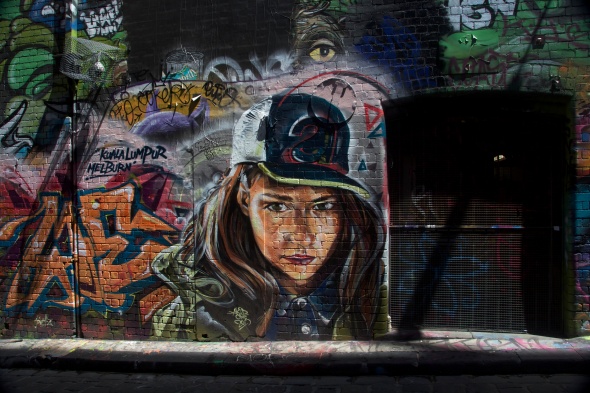 Do you think she is the “watchman” for this door?